As mentioned in an earlier post, I had plans to build a bench power supply out of an old computer PSU.
After a bit of faffing about, I got it done today: 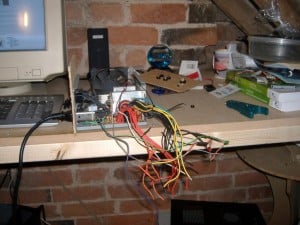 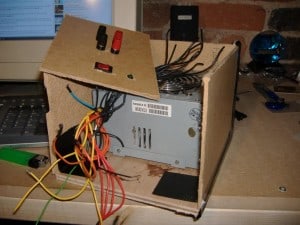 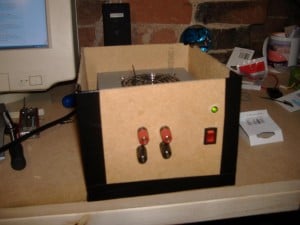 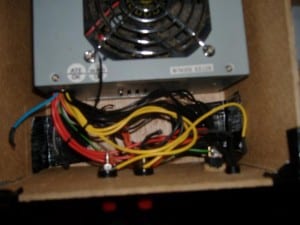 As you can see, the case is a little bit ‘ghetto’, but it gets the job done. I won’t go into how it’s done as there’s plenty of instructions on the web (just google for ‘atx bench power supply’ or somesuch), but it’s fairly simple to do, and it only cost me about a tenner, plus the PSU itself (ripped out of an old PC case). It gives a steady 12v (there’s 5v and 3.3v as well, should you need) – I’m not sure on what sort of load it can handle (I’d estimate about 30A), but it should be plenty enough for pretty much anything I’ll be testing on it.

I’m happy with it!