I ended up taking the rear deck (rear windscreen base) off on Sunday.

It started with an idle scratch around at a couple of rust bubbles on the seams with the rear wings – I was hoping it was just surface rust, but it turned out to be a bit worse than that: 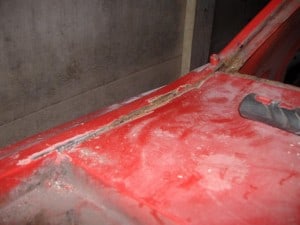 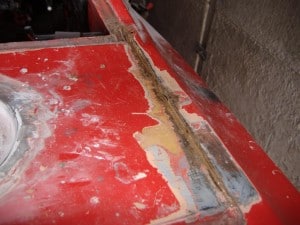 So, combined with the parts underneath the filler area that I couldn’t get to to finish properly, I decided to remove the deck and sort it all out properly.

So, out with the grinder and off with the deck: 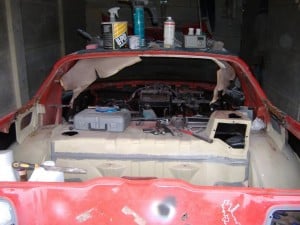 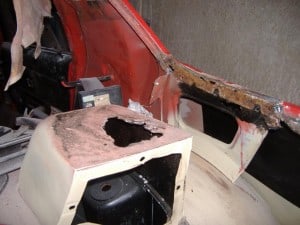 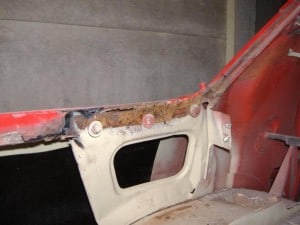 As you can see, the sides of the wings were slowly dissolving away. Good job I caught that, otherwise that would have caused some expensive problems after painting.

The deck itself fared a lot better though: 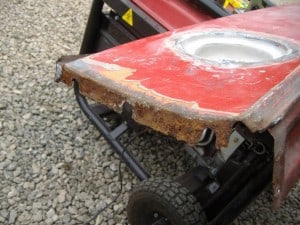 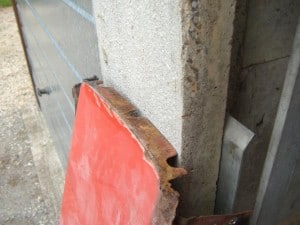 Should just need a bit of grinding to get that surface rust off, and it’s ready for priming again.

While I’ve got the deck off, I’m planning to give it a good rub down underneath and sort out the mess under the fuel filler, which I couldn’t get to before: 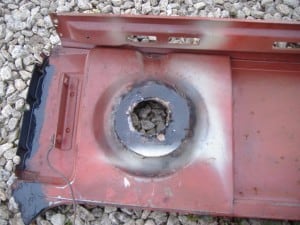 I don’t think it had ever had any more than the thinnest layer of paint underneath, so it’s not really surprising it was starting to go rusty.

I’ve ground off the rusty metal from the wings now, and they’re ready for new metal to be welded in place: 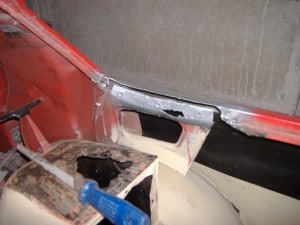 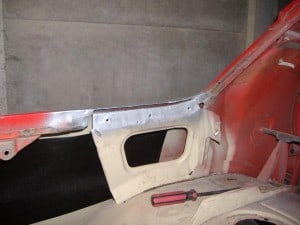 I’m thinking about welding the seams when I put the panel back on, hopefully that’ll seal the joint so it won’t go rusty again. It just depends on whether I can get a tidy weld in the recess like that – some experimenting may be required before I commit to that.