I’ve been a bit busy over the last couple of days, so this post is a little out of date. Anyway:

As mentioned in the last post, I had a plan together to tackle the welding and bodywork that needed doing. That was started at the weekend with the removal of the wheelarch.

I didn’t come out easy – and I wasn’t expecting it to – but it did come out. A bit of time, patience, a spot weld drill, and (most importantly!) a hammer, and I got there.
I had a spot weld drill that I purchased before which worked OK, except that I got too small a size. So I’d ordered this one instead: http://www.machinemart.co.uk/shop/product/details/cht467-38in-spot-weld-drill
At over £7 plus delivery, I was expecting great things from it. Unfortunately, I managed to drill out two welds before the thing was completely destroyed. Not happy! So I had to do the best I could with the old bit. I got there, although I made a few more holes than I was hoping for. 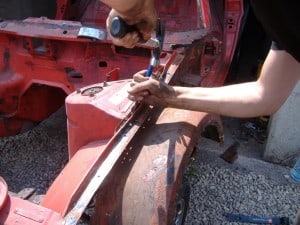 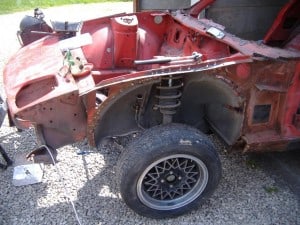 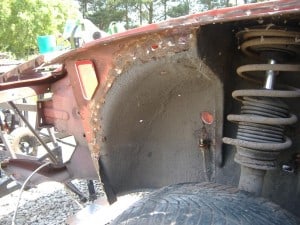 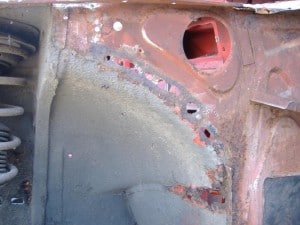 After that came the battery tray. If anything, that put up even more of a fight than the arch. Due to the position of the welds, I found it easier to drill them out from the wheelarch side. So a few more holes later: 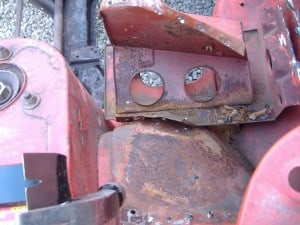 In the end, I had to fold the wiper mounting bit over to get at the middle welds. As the drill bit I was using was too small, the welds didn’t cut through completely so a bit of ‘persuasion’ was needed to get them off. The welds on the bulkhead caused a problem; I couldn’t grind off the top ones without damaging the bulkhead, and the lower ones I couldn’t get to at all. So I ended up cutting a hole out of the bulkhead to release it: 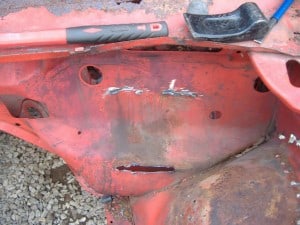 As you can see, there’s a fair bit of surface rust under where the panel sits, I guess that’s good validation for tackling the job in the first place. It all cleaned up OK with a wire wheel though, nothing actually rusting through: 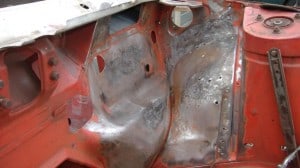 The tray itself is fine, it just needs beating back into shape a little bit, then stripping and repainting.

Next step was to cut all the rust out: 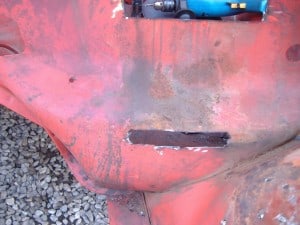 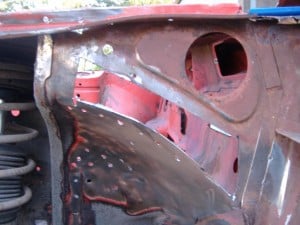 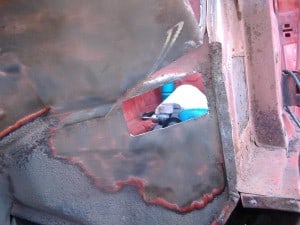 I made a start with welding new metal in, but then ran out of welding wire so had to leave it. I’m now resupplied and ready to get on with the rest of it.